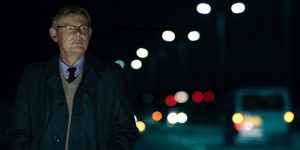 “I sort of resisted the offers of detective dramas, because they don’t float my boat,” he began. “But this was so different – it was a story worth telling, I think, which they come along every now and again – very seldom in my direction, but this certainly felt like it was a story worth telling. Because of the content, because of the way the crimes were solved. It was news to me how a murder squad operates like that, so I thought that was interesting, and maybe other people would too.” a marturisit Martin Clunes.